Gaziantep is one of the most crowded cities in the southeast part of Turkey.

This city, At the same time, is one of the most developed cities in Turkey. The industry is also developed well. It is divided into two metropole districts; Şehitkamil and Şahinbey.

Gaziantep is the oldest city in the world that is still inhabited because of its location the city is important for business too. The city is known for its castle, pistachio, and sweet pastry. It is not only one of the most developed provinces of the region, but also one of the oldest, its history reaches as far back as the Hittites.

Gaziantep is one of the important agricultural and industrial centers of Turkey because of its pistachio, extensive olive groves and vineyards. 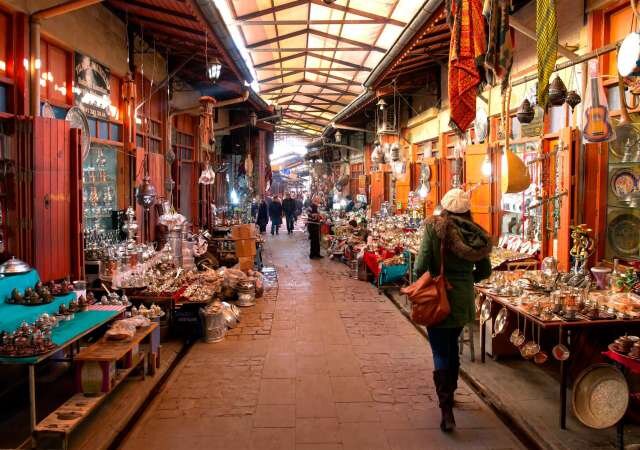 There is a well visited Archaeological Museum that has important collections from Neolithic and the Hittite ages that relies on the Roman and Commagene times. The city is also surrounded by Hittite remains. The Hasan Süzer House that has been restored to get its beauty back is used as the Ethnographical Museum. Some of the other historical landmarks are the Belkis (Zeugma), and Kargamış Ruins.

Characteristic and famous for the region of Gaziantep, are the copper-ware products and “Yemeni” slippers. The city is an economic center of South Eastern and Eastern Turkey. It also has the largest organized industrial area in Turkey. Antep is the most notable city in terms of production. Tourists are still a novelty in Gaziantep, and the locals make them very welcome. Many of the students studying the English language are volunteering to be guides for tourists.

Gaziantep is well-known for its culinary specialties such as the festive food yuvalama, the delicious lahmacun, and baklava. Some specialties show that there is a similarity between Arabic, Assyrian, and Gaziantep.

Gaziantep Anatolian High School is a public school focusing on English language education. The famous university of Gaziantep is Gaziantep University, and it is only ten kilometers from the city center. It is one of the most well-known universities in Turkey.